MILITARY TECHNOLOGY #3 to be Published Soon 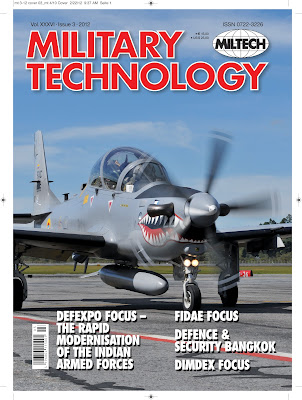 This issue of MILITARY TECHNOLOGY will be available at FIDAE in Santiago, DIMDEX in Doha, D&S in Bangkok, and at DEFEXPO in New Delhi.

Posted by MILITARY TECHNOLOGY at 12:08 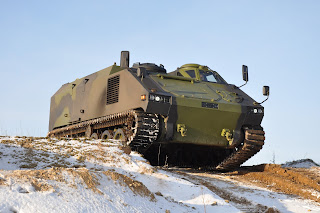 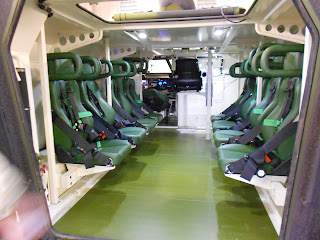 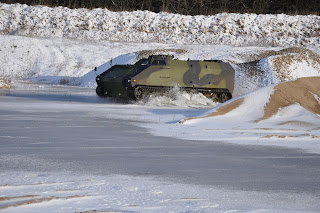 RUAG Defence’s landrobot system ROBOSCOUT comprises of the vehicle GECKO, a modular payload and the command post. In the basic configuration the vehicle is in the position to extend a sensor arm with integrated optical reconnaissance components and a platform to mount different payloads.The vehicle features hybrid diesel/electric vehicle power train with electrical hub wheel motors and integrated immobilisation brake; low noise driving to an observation point using lithium-ion batteries with a nominal capacity of 15kWh; high manoeuvrability due to 4-wheel steering, including full turn on the spot; optimal acceleration, no gear shifting required; and optimal traction, each wheel controlled separately. The vehicle can be operated remotely from the ROBOSCOUT Communication Center (RCC) in a command post via satellite or terrestrial communication link or via WLAN. It is able to communicate with other vehicles and to act as a relay station. A laser scanner system and a vision system provide the capability of autonomous or semi autonomous driving. 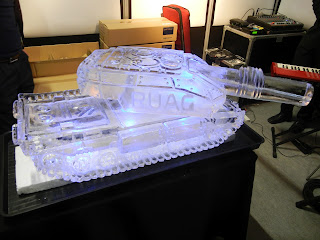 Posted by MILITARY TECHNOLOGY at 11:59 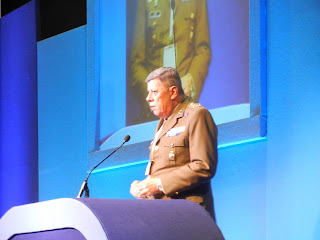 Maj.Gen. Berndt Grundevik, Chief of Staff Swedish Army talked on the new Swedish Defence Posture and explained that "sea lines, gas and oil pipelines will have a great impact on the Scandic Safety and Security environment."
On Army development he stated that his Army is a system of systems, and only the whole picture shold make sense. 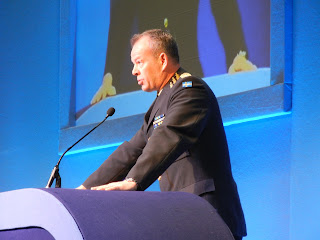 Posted by MILITARY TECHNOLOGY at 11:56

Force protection in conflict situations has emerged as a top priority for Armed Forces. But in an era when post-conflict situations can be as hazardous as combat, addressing this imperative is one of the toughest tasks in modern warfare: the operational scenarios keep changing, and so does the threat. Constant innovation is the only way of making sure that soldiers deployed in harm's way are able to perform their mission and get home in one piece. In today's highly mechanised armies, protecting vehicles has thus become absolutely critical. For the crew, having a vehicle equipped with state-of-the-art protection technology can mean the difference between life and death. Among the world's foremost suppliers of force protection technology are Rheinmetall Chempro GmbH, who supply passive protection systems. Since 2007 Rheinmetall AG has held a stake in both companies. 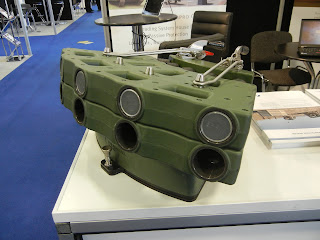 Chempro's ROSY (Rapid Obscuring System) smoke protection system offers light military and civilian vehicles protection from unexpected attacks, e.g. during patrols or when travelling in convoys. ROSY is able to generate dynamic smoke screens as well as spontaneous, large-area and multispectral interruption of the line of sight (LOS). Moreover, its multimission capability represents a sure defence against stream and wave attacks. Due to its integrated IR jamming and decoying capabilities, ROSY effectively counters all TV-, EO-, IR-, IIR-, laser- and SACLOS-guided weapons. ROSY is adaptable, modular and has minimal weight, making it a great system.
For more information about this very innovative technology, please see MILITARY TECHNOLOGY IAV Special Issue, available at IAV 2012.
Posted by MILITARY TECHNOLOGY at 11:50

FFG Flensburger Fahrzeugbau Gesellschaft mbH, at International Armoured Vehicles in Farnborough this week, introduced a new armoured multi mission vehicle, currently named under the working title “G5.”
The G5 is a tracked 25t vehicle, featuring a combination of protection, high performance, huge payload and a great inner volume.
Designed for missions worldwide, FFG laid a special focus on the comprehensive multi role capability: The G5 consists of a standardised basic vehicle and different mission modules to be adapted to the vehicle according to each individual mission. These modules can be exchanged very easily, thus giving the customer an enormous flexibility in the deployment of the G5 while reducing costs to an absolute minimum. 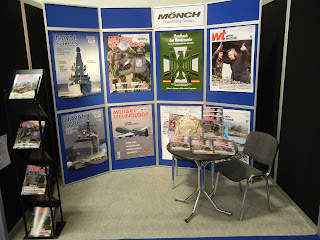 At International Armoured Vehicles in Farnborough this week, MILITARY TECHNOLOGY is looking at innovation on and around the floor, attending the conference, and will post frequently about it.
If you are present at the show, please drop by our booth and pick up a magazine.
The IAV Special Issue, 2/2012 and back issues are available at our booth.
Posted by MILITARY TECHNOLOGY at 13:57

The field of vision inside protected vehicles is quite limited, and of nuisance to soldiers. Schott, with its 180° Viewing Angle Tank Periscope, has expanded the field of vision by increasing the normal field of view of 28° by 8°. TO achieve this effect, three lenses are put to use in such a way that they deliver a panorama view of 180° by 360° when their images are aligned adjacent to one another. 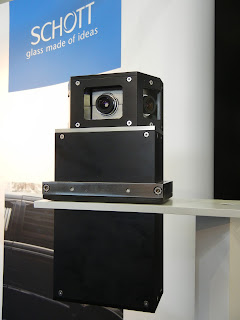 The images are transmitted with the help of fibre optic rods, a mature technology that Schott has been supplying for use in a wide range for many years already.
This technology is being presented at International Armoured Vehicles in Farnborough this week. 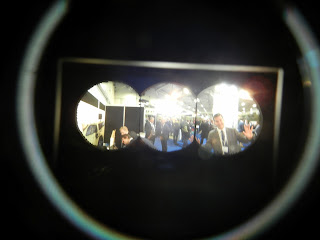 At International Armoured Vehicles in Farnborough this week, the following vehicles are on show:
Nexter VBCI 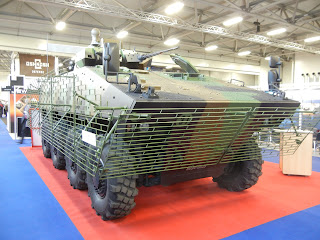 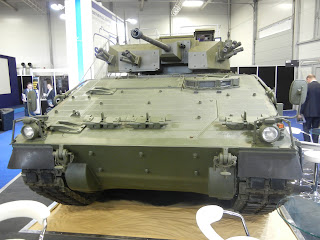 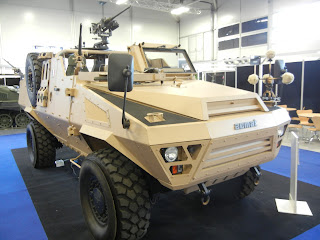 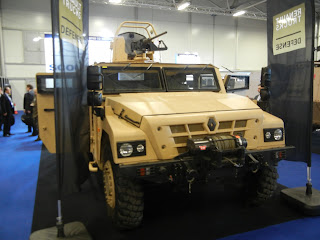 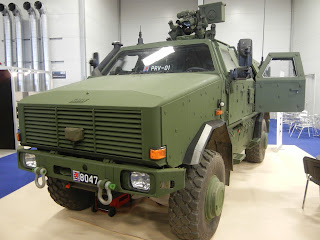 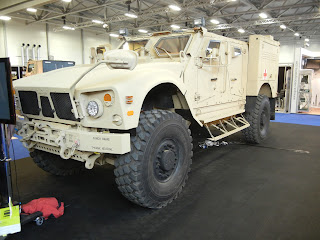 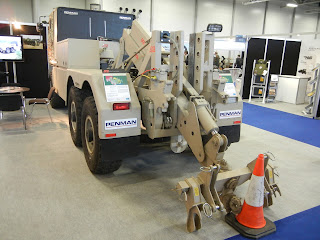 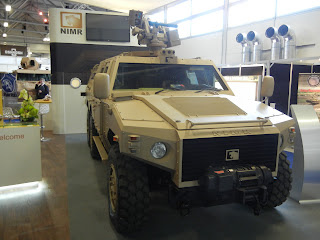 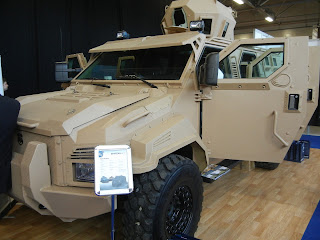 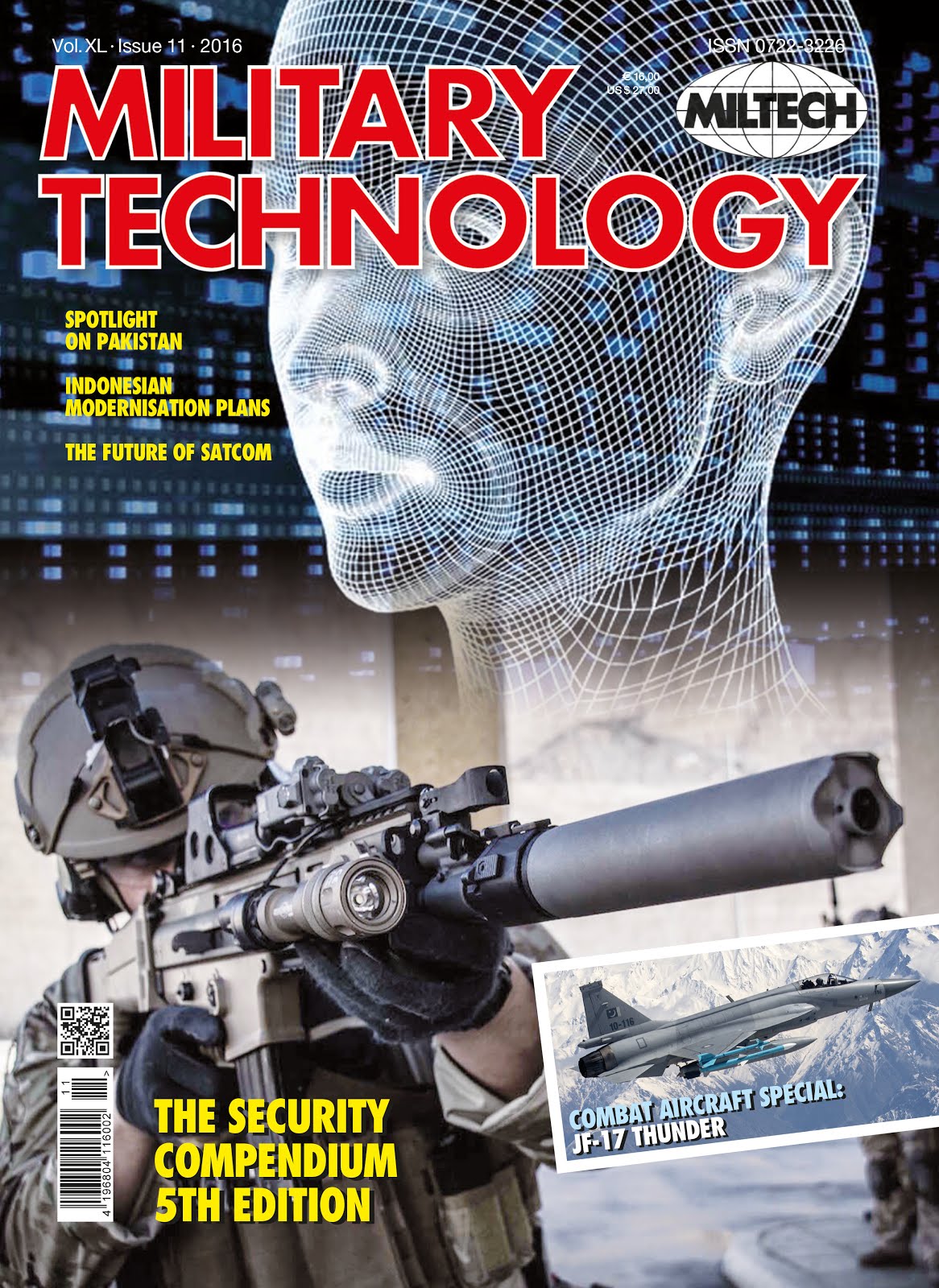 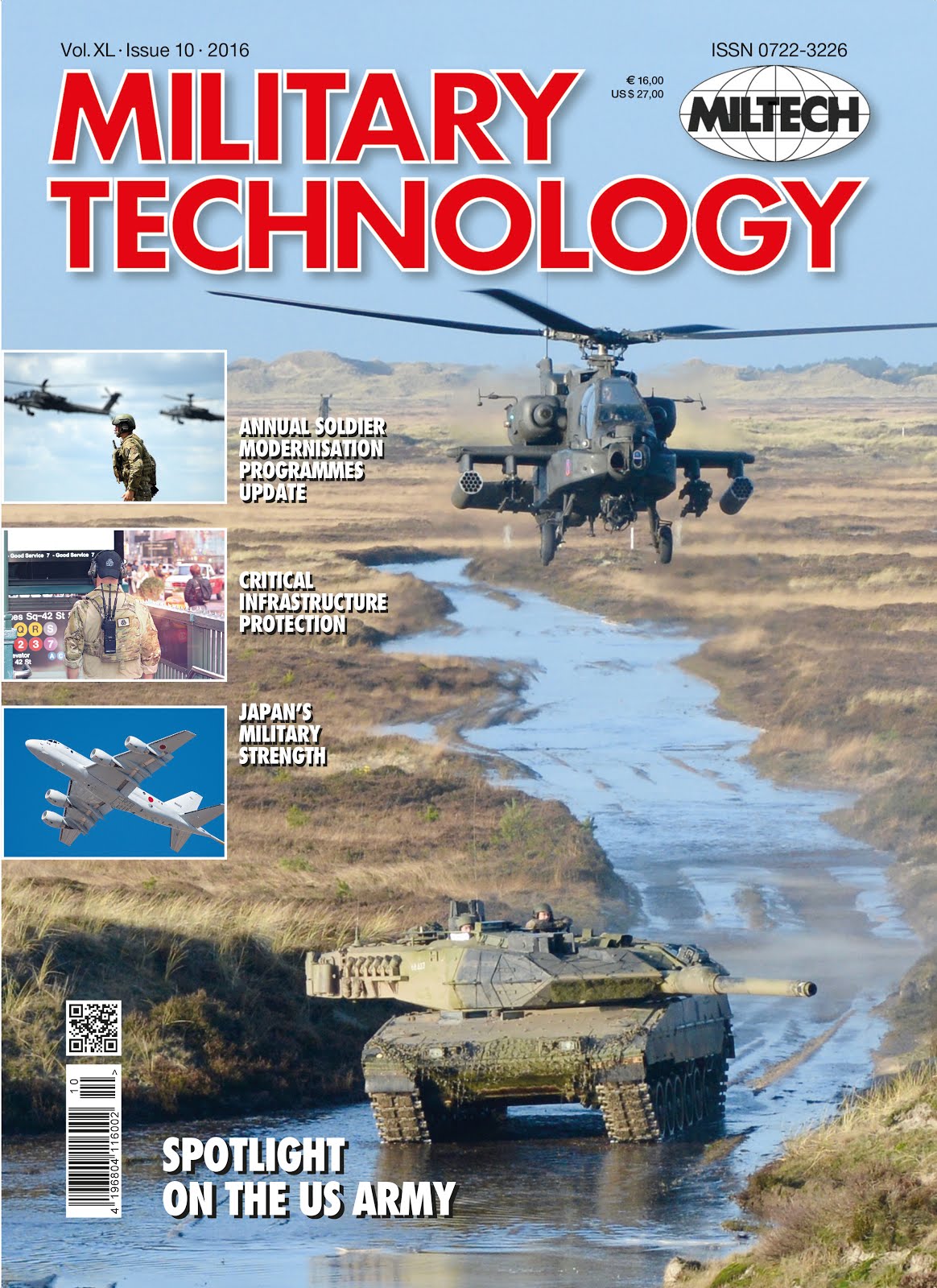