Four Czech Air Force JAS-39 GRIPEN aircraft are currently conducting air patrols and training in the skies above Iceland under the Alliance’s air surveillance mission for the Nordic NATO Ally. The fighter jets and 70 personnel took up their duties at the end of July. Their task is to provide, “airborne surveillance and interception capabilities to meet Iceland’s peacetime preparedness needs.” The Czech Air Force will conduct the mission through 29 August 2015.


As Iceland does not have its own national air force, NATO provides a periodic peacetime presence. Given its unique geographical location, Allies, in conjunction with the Icelandic authorities, have agreed that the appropriate response is to maintain a periodic presence of Allied fighter aircraft based at Keflavik. NATO Secretary General Jens Stoltenberg visited the base earlier this year to meet Icelandic and NATO personnel involved in the mission.

The "peacetime preparedness” mission usually involves a deployment (typically of around three-four weeks, three times a year) of fighter aircraft from Allied nations. These aircraft are used to conduct air defence flying training missions, and also to provide the necessary training of NATO and Icelandic support personnel to make sure that the Alliance can conduct a full-scale peacetime air-policing mission at short notice if required. The mission was set up in 2008, following the withdrawal of US forces.

The Secretary General noted the need for every Ally to continue to play a full role to ensure NATO is able to meet current and future challenges. “In this global security environment, it is more important than ever to work together. This requires a NATO response and that’s what we are doing,” Stoltenberg said. He said that Allies are more than doubling the size of the NATO Response Force and creating a new 5,000-strong quick reaction Spearhead Force. 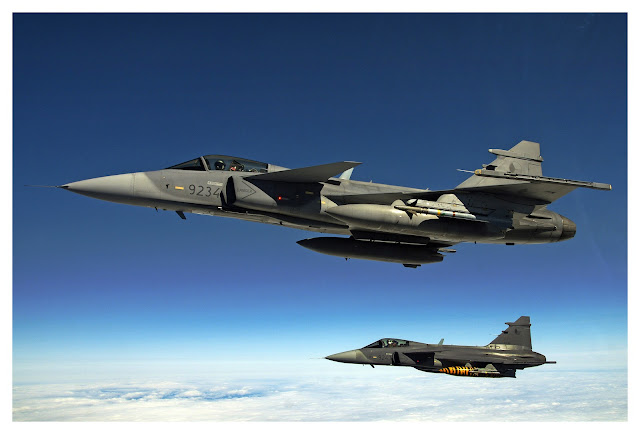 Posted by MILITARY TECHNOLOGY at 10:09