As mentioned before on this blog, Turkish Aerospace Industries (TAI) demonstrated T129 ATAK Advanced Attack and Tactical Reconnaissance Helicopter flights in Poland. These took place on 22-23 August 2015 during the Radom Air Show. The T129 ATAK is a candidate for the KRUK Programme of the Polish Armed Forces. The demonstration flights at Radom Airshow marked the official launch of the T129 Poland Roadshow.

The first batch of T129 ATAK helicopters has already been delivered to the Turkish Armed Forces and is in service supporting the missions of the Turkish Army. 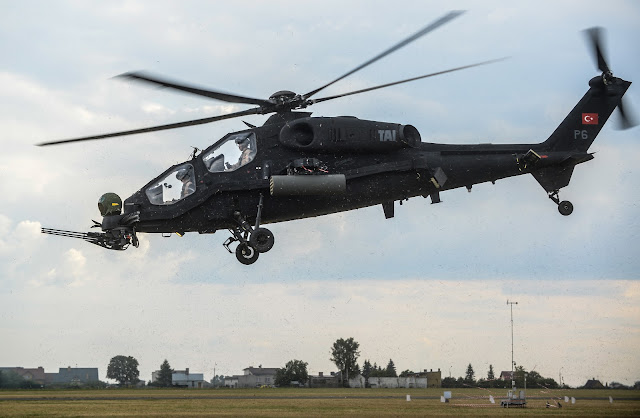 Posted by MILITARY TECHNOLOGY at 11:09