Today, at 1100h and again at 1500h, IBD Deisenroth Engineering is showcasing IBD Nano-Technologies in form of Future Heavy Threats. 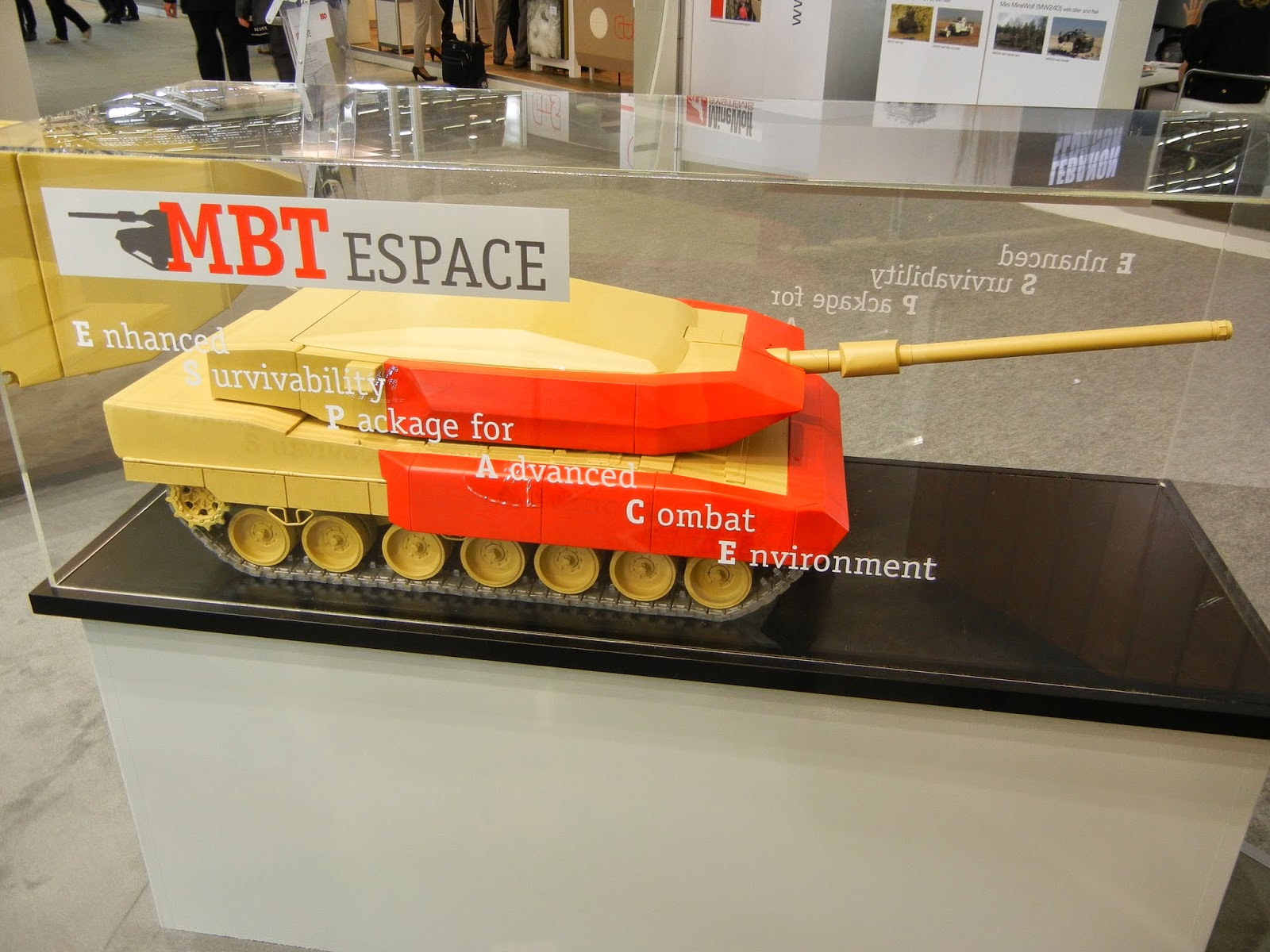 IBD developed a forward-looking concept and solution against heavy anti-tank ballistic and mine/IED threats. The concepts, summarised under the name MBT ESPACE (Enhanced Survivability Package for Advanced Combat Environment), protects against large calibre (120mm and larger) KE threats and most advanced Shaped Charge threats, such as the latest developments of RPGs and ATGMs (including tandem warheads). It also includes protection against mine and IED threats going far beyond those defined in present STANAG 4569.

MBT ESPACE is a response to recent developments of large calibre ammunition for tanks, as well as guided tank projectiles. These advanced ammunitions make it necessary to equip heavy platforms with a new generation of protection systems.

The new IBD MBT ESPACE concept uses the different passive and active protection technologies available with the IBD PROTech Family to respond to the enhanced future threat scenarios (tank to tank, as well as urban operational environment). MBT ESPACE can be adapted to all legacy and new main battle tanks. A solution for the MBT 122 (Swedish variant of the LEOPARD 2 A4) has already been presented. It is also possible to derive kits for other combat vehicles, such as IFVs.

More information will be given during the company’s demonstration at 1100h and again at 1500h at booth K571 in the German Pavillion.

Posted by MILITARY TECHNOLOGY at 06:03