The Trijicon SRS, exhibited for the first time in this region at DSA 2012, lly associated with other sealed reflex-style sights. The modern design incorporates a 28mm aperture that allows easier target acquisition. Its 1.75 MOA dot is small enough for precision and bright enough for speed. The SRS features an innovative solar cell assisted by a single AA battery. 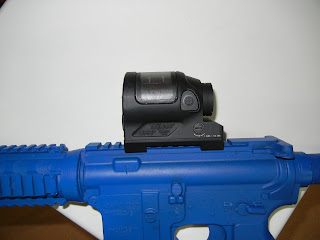 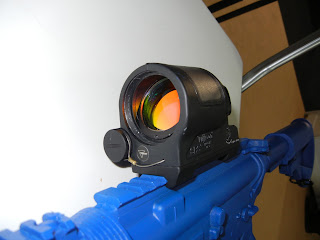 The Trijicon 4x32 Battery ACOG, shown at DSA for the first time in this region, does not use the light gathering fibre optics and tritium lamp combination that Trijicon is famous for, instead replacing them with conventional battery-powered illumination. The scope is powered by a single AA battery that powers the scope for 12,000 hours (500 days). 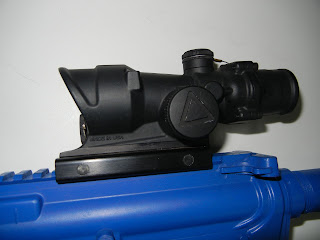 Posted by MILITARY TECHNOLOGY at 11:44