Successful forward air operations rely on keeping aircraft on task for the maximum amount of time.

To do this refueling needs to happen as close to the operational area as is possible.  The refueling system must be mobile, ready to dispense fuel quickly and equally must be able to move on again without the need to clean the area, empty containers or allow any contamination to enter the system.
Forward Air Refueling System or FARSystem can take two forms.  The highly mobile solution which is deployed at brigade or even battlegroup level and is especially applicable for rotary wing operations.  These systems need to be up and running within minutes of arrival and able to move off just as quickly and can also be used for “hot” refueling if the aircraft type permits.

The second needs to be equally flexible but is likely to be in position for longer.  This is when they are part of an expeditionary warfare deployment where the landing point may well develop into a full scale fixed and rotary wing air strip complete with its own refueling system together with storage facilities as well as in effect being a “drive-by” aircraft refueling system.

In both cases the system, and it is a complete system, will require the ability to pump fuel into a variety of aircraft at different flow rates, and to deploy individual refuelling points away from the main storage point.

WEW, a leading supplier of deployable “drop and go” highly mobile refueling systems has developed this type of solution where it has combined its expertise in fuel storage and transport with its systems integration capability, pumping knowledge and fuel distribution capabilities to provide fully deployable aircraft refuelling systems.

The diagram below shows an example of a simple rotary wing FARSystem with a “Drop & Go”TM Vehicle unit suitable for Rotary and Fixed-wing Refueling... 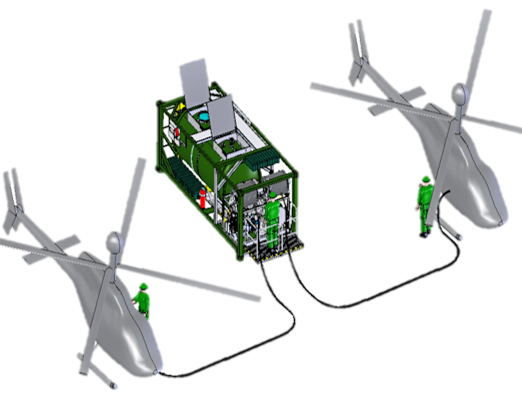 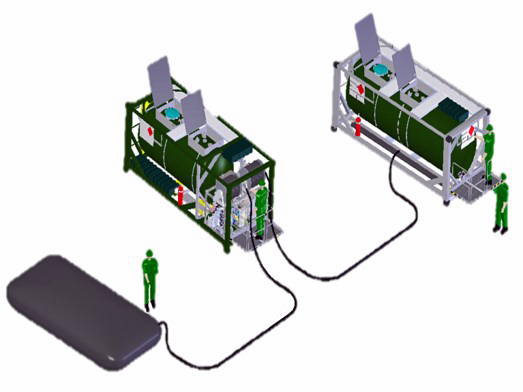 WEW’s refuelling is however not limited to aircraft it also includes solutions for vehicle and for people.  These are in service with a number of NATO and other defence forces.
Posted by MILITARY TECHNOLOGY at 06:09