During the show, Thales shows its new TALIOS advanced targeting pod technology together with its state of the art AREOS recce pod. A follow on to the legacy DAMOCLES TGP that is used on French Dassault RAFALE combat aircraft, TALIOS is currently being developed as part of the RAFALE’s F3R upgrade standard. Being assembled right now, a first prototype is to fly next year while a second pod is also under assembly. Deliveries of the first production examples will take place in 2018.

Previously known as PDL-NG, TALIOS is a multifunction pod capable not only of targeting and BDA but also air-to-air identification and NTISR. In addition, the pod can be used to alert ground forces of threats such as possible ambushes as the spot generated by TALIOS’ laser marker is detectable with NVGs worn by ground troops. Laser can also be used for what Thales officials call “night active measuring” which means illuminating objects with laser to make out color, markings etc.

Key features of TALIOS include a new modular design and HD sensors, IR and color TV, hereby addressing some of the deficiencies found on DAMOCLES. Sofradir provides the IR technology used on TALIOS while cooling comes from Liebherr. Other important functionalities are the new pod’s moving target detection and tracking capability and its “permanent vision” mode, which Thales claims to be a patented innovation. When the area that is being monitored by the pod’s sensors gets masked due to a change in position of the aircraft, imagery generated from an onboard database fill in the blanks with the system reverting back to real time imagery as soon as possible.

Maintainability has also been a key design driver as Thales has sought to improve the pod’s availability when compared to DAMOCLES. Size and weight of TALIOS are equivalent to those of Damocles, both weighing approximately 250kg.

Speaking prior to PAS15, Thales officials told MT that it has produced 120 DAMOCLES TGPs, one third of which have been delivered to the French military. Although this appears to compare unfavourably with RAFALE’s LITENING (approximately 1,400 produced), the officials indicated that as a family Thales has produced a total of 400 targeting pods. For the time being, the official company policy is that TALIOS will complement DAMOCLES. However, the legacy pod plays no role in any of the recent RAFALE export deals according to the officials the author spoke to prior to PAS15 while they mentioned that TALIOS had already achieved export success. Also known as RECO-NG, Thales’ AREOS reconnaissance pod was said to be in the contract for Egypt with there being considerable interest from nations in the Middle East after having watched the French operating in the region using it on their RAFALE fighters. 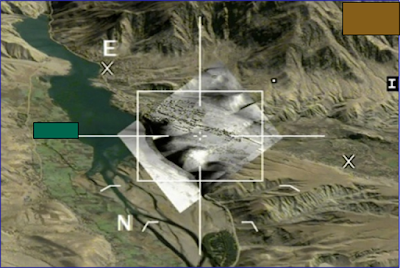 Also compatible with the Dassault MIRAGE 2000, the AREOS (Airborne Reconnaissance Observation System) day/night optronic recce system provides IMINT capability at stand-off ranges as well as at very low altitudes at high speed. In service since 2010, twenty have been ordered for use on the Rafale combat aircraft of the French air force and naval air arm. AREOS quickly became a combat proven system as the French wasted no time using the system during missions as part of the operations Agapanthe (Afghanistan) in 2010 and Harmattan (Libya) in 2011. When operating at an altitude of 12,000 feet, an aircraft carrying AREOS can reconnoitre more than 10,000 square km per hour, Thales officials claim. By using a datalink at ranges of up to 350 km, AREOS can help to significantly shorten the sensor-to-shooter loop, hereby meeting evolving combat demands. Alternatively, data can also be stored on a 1 TB digital cartridge and then handed over post mission for further analysis.