At the US Army Aviation Missions Solution Summit (29-31 March), Nashville, TN, Bell Helicopter is previewing a technology demonstration of its integrated single screen cockpit concept for the V-280. Andrew Drwiega is reporting from Quad-A, Nashville, TN.


It is a futuristic - combining the usual flight symbology that would be expected from a digital display, together with interactive screens showing active degraded visual environment (DVE) information, live video and imagery feeds, onboard weapons status (with interactive selection and firing on-screen) - all with a touch of 'Iron Man' conceptualisation thrown in for good measure. Pilots would be able to finger-pass information box data across the screen from one to the other.

The system's data could also be displayed on the front windscreen and / or in the pilot's visor - or a combination, which could be customisable.


The V-280 full scale model is also demonstrating a weapons rail that could be deployed from under the wing and, potentially carry Hellfire missiles which could be fired forward without hitting or being affected by the large rotors.

Bell Helicopter has also brought a V-280 simulator to demonstrate at Quad-A (of which more later). 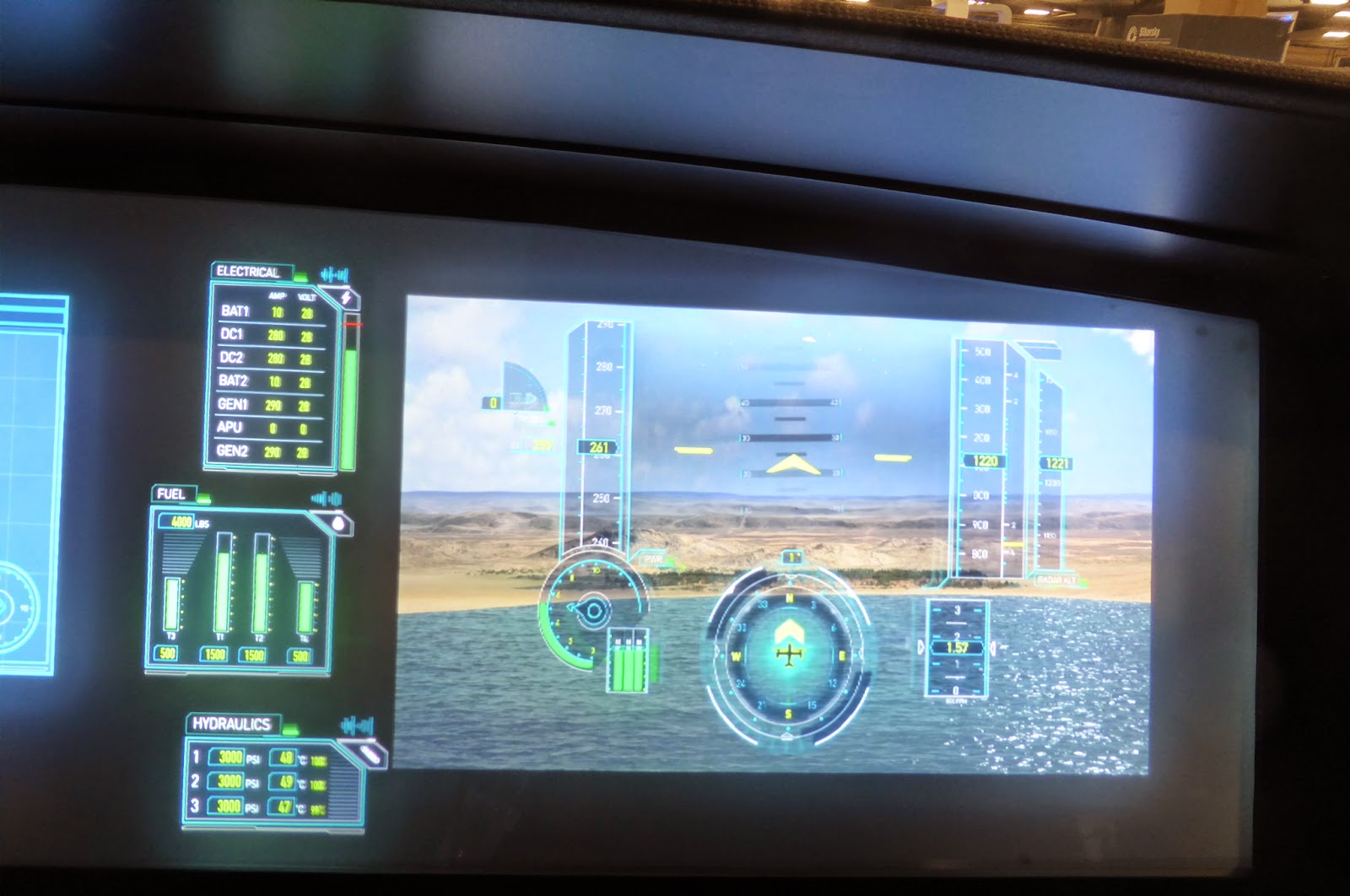 While this concept is just that - a concept - those responsible for the thinking behind it are envisaging taking mission management and situational awareness to a new level.