Prox Dynamics' PD-100 BLACK HORNET Personal Reconnaissance System (PRS) was publically displayed for the first time in 2012, and it was fielded with several units in Afghanistan. The PD-100 BLACK HORNET is a complete system comprising two nano air vehicles (NUAV) and a ground element. It’s design and functionality is closely linked to the Personal Reconnaissance System concept. This is evident in the system size, layout and simplicity, but most importantly in the performance and specifications of the system. 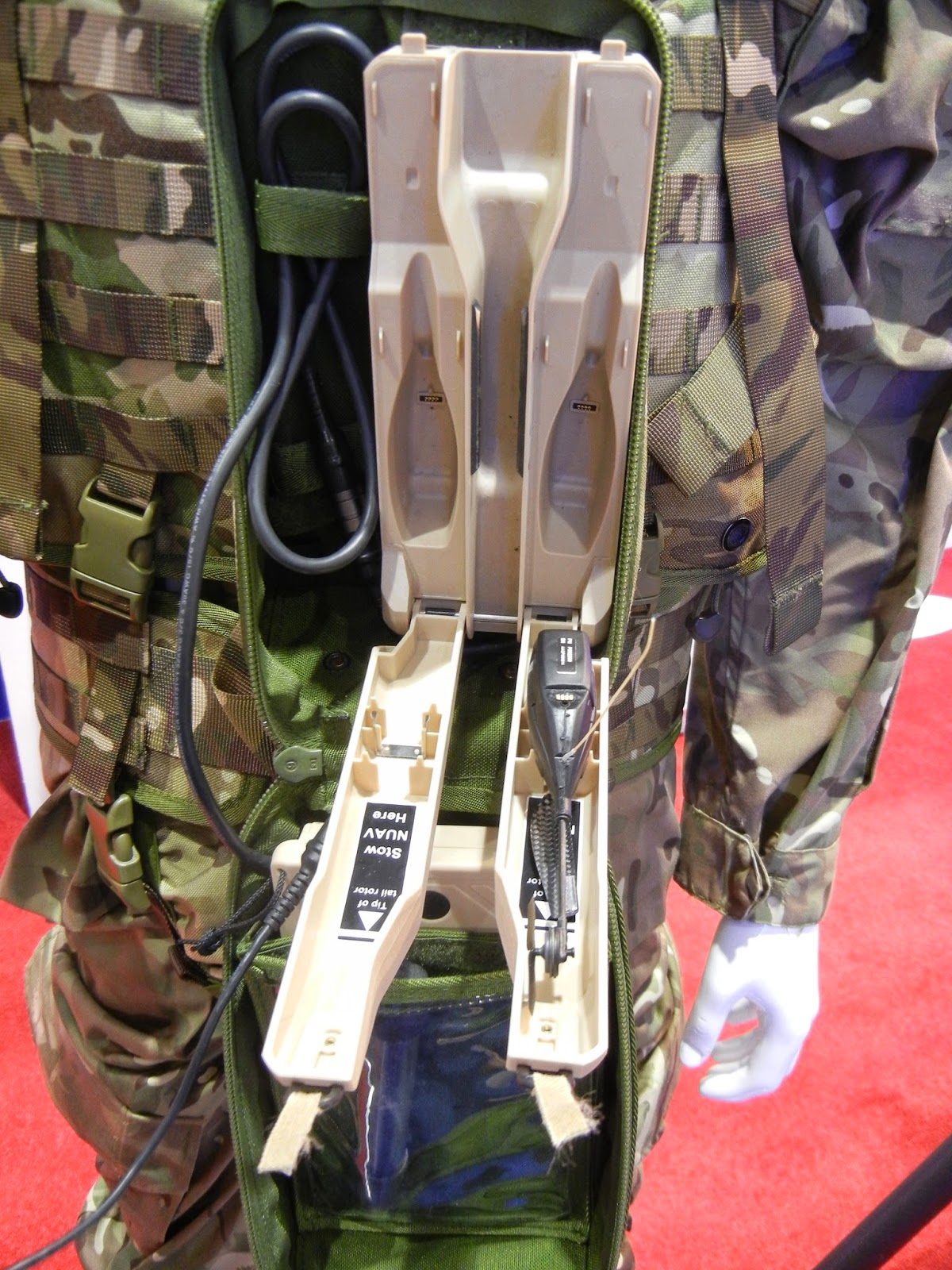 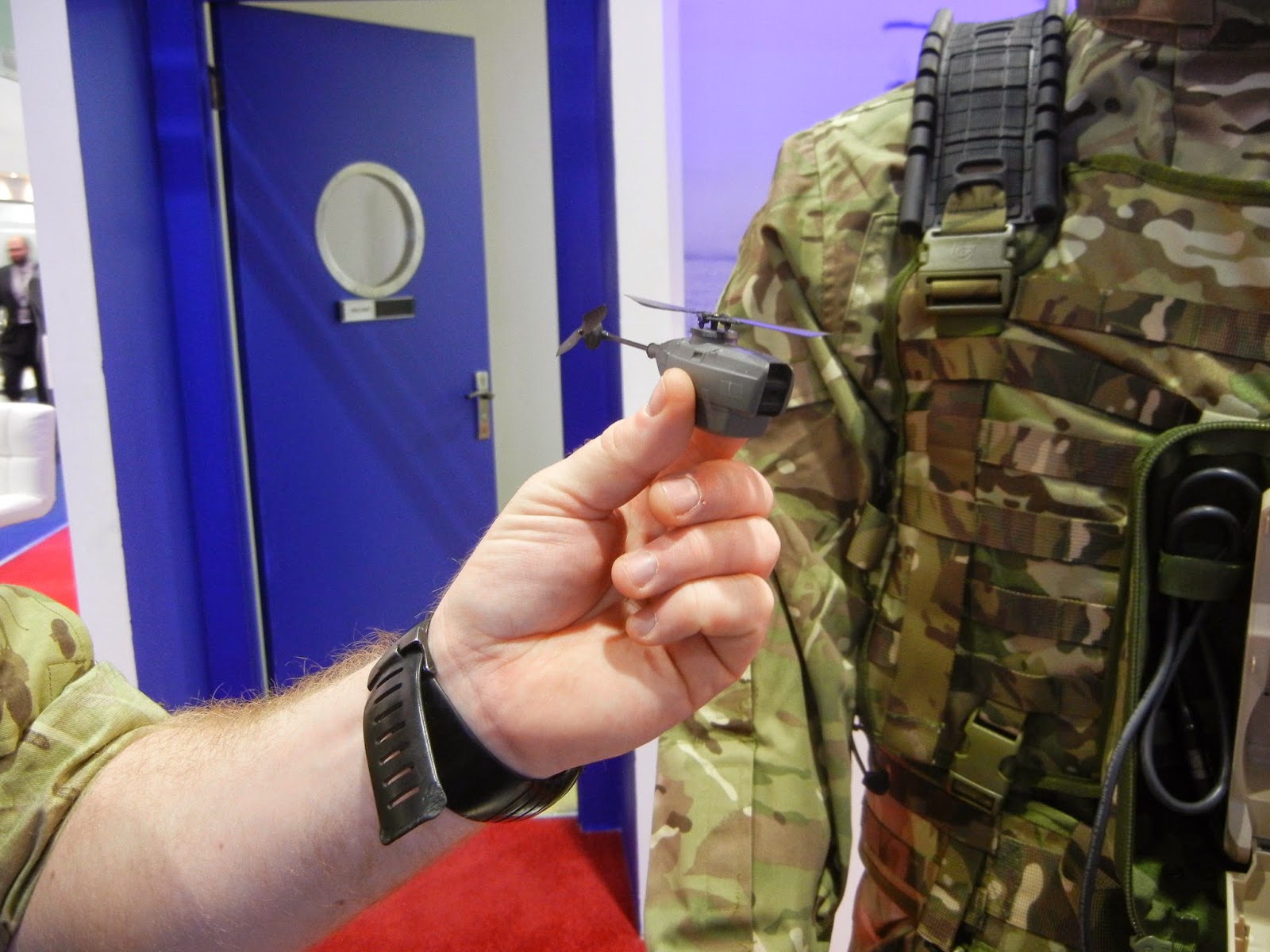 The air vehicle itself weighs 18g and comprises all the subsystems found in larger systems; an advanced autopilot capable of autonomous flight; a payload consisting of three daylight cameras  or night vision cameras that provides tilt and zoom functions for a 24/7 operational requirment; and a single digital data link which is used to uplink vehicle and payload commands, and downlink compressed image and system data at ranges up to 1,000 metres. The internal rechargeable battery provides endurance of more than 25 minutes depending on wind conditions and operating radius.
Navigation and flight guidance is performed by the inertial reference unit and the onboard GPS. Total weight of all electronics including processors, antennas, gyros, accelerometers, pressure sensor, compass, GPS and PCB is only three grams. The whole system has a weight of 1.3kg.

Flight control is provided through the autopilot using a simple and innovative rotor mechanism consisting of only a handful moving parts. The air vehicle is capable of operating in 10-15 knots winds thanks to the agility and maneuverability offered by single rotor designs.

The ground element of the BLACK HORNET system consist of a Base station, a hand Controller and an external Display. The Base station is the hub of the system providing the operating system, main electronics, internal batteries and chargers. In addition it is used to house, recharge and protect the air vehicles when they are not in use.

The Controller is used for all system interfaces including controlling the air vehicle and the payload. As seen in the pictures the system does not employ a joystick for aircraft control, but rather utilizes the capabilities of the autopilot and simple to understand button functions to command the aircraft. The Controller also contain the ground part of the data link a GPS.

Main features of the PD-100 system:


In 2014, the night-capable PD-100 BLACK HORNET T (for thermal) was introduced. The PD-100 “T” nano-UAV includes a specifically designed and integrated thermal and daylight camera with fused imagery that will provide warfighters with a low or no light tactical ISR capability.

“The introduction of the PD-100 T significantly enhances the Black Hornet Personal Reconnaissance System solution, offering a 24-hour Cargo Pocket ISR capability to the warfighter,” said Ole Aguirre, VP Business Development at Prox Dynamics. The PD-100 enjoys a proven, combat worthiness record from operations in Afghanistan by US allies. Operational since 2011, the PD-100 has been in use by the UK Army and several coalition partners and is described as a “life saver” and “game-changing” technology by the UK Ministry of Defense. The inclusion of a complete, digitally enhanced thermal sensor from FLIR Systems, paired with an EO camera, enables unprecedented mission flexibility and situational awareness in night operations.

“We believe this is the single-most important upgrade on the PD-100 system to date. The PD-100 T combines EO and thermal camera into an 18 gram helicopter, allowing fused live video and still images to be viewed by the operator. Today’s modern warfighters demand a 24-hour solution, and here you have the first nano-UAV solution to achieve this,” says Petter Muren, CTO and Founder of Prox Dynamics. In June 2014, Prox Dynamics introduced the PD-100 BLACK HORNET PRS Block II, an upgrade from the original Block I, with enhanced wind performance, enhanced EO cameras and several important software upgrades.
Posted by MILITARY TECHNOLOGY at 16:17